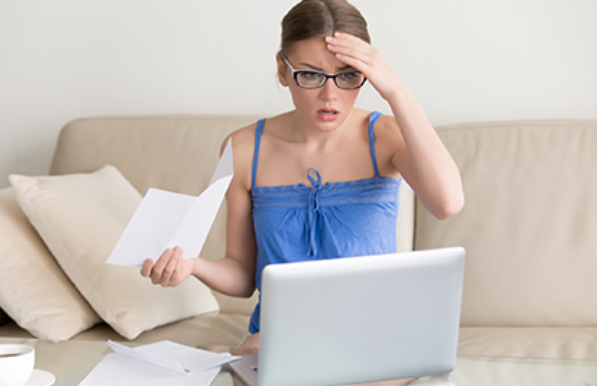 Research from payment specialists Verifi has shown that up to 86% of cardholders contact their banks directly when they don’t recognise a charge on their credit or debit card statement and request the transaction be reversed. These disputes often lead to a refund or “chargeback” being issued with merchants often bearing the brunt of the problem. They are not only hit with the cost of each challenged transaction, but there is added impact in the form of various fines, fees and related operational expenses, as well as the long-term damage to customer relations that this process entails.

Banks and merchants can lose billions every year to fraud and chargebacks. It’s easy to see how the figures stack up: typically, the merchant who processed the original transaction has to pay between £10-£15 per chargeback and reimburse the card holder within 2-3 days. So, if the transaction was only £5 in the first place, the merchant could be £20 out of pocket for a single chargeback.

This represents a significant problem for the industry as a whole. Ultimately, it’s the consumer who bears the cost for this, since these losses eventually translate into higher prices as merchants and banks struggle to absorb these increasing costs. In fact, a 2015 report by Javelin Research indicated that the average organisation spent between 13% and 20% of their operational budget on fraud and chargeback management.

The importance of secure payments

No surprise then, that those in the card payment processing chain, in particular the acquirers or acquiring banks, prefer what are considered to be the three most secure payment methods:
R

Mail order/telephone order (MOTO) transactions tend to be slightly trickier, partly because consumers don’t trust giving out their CSC codes over the telephone and because chargebacks on MOTO payments are difficult to contest even if the security code is provided by the customer. This puts added pressures on merchants and their contact centres who are aiming to strike the delicate balance between delivering an efficient and secure service while reducing operational costs at the same time.

Combining the latest technology with best-practice processes can dramatically reduce the risk associated with incurring crippling chargebacks. Here are the top three ways to go:
R

1. Switch to mobile and online payments using the right technology

Wherever possible, try and encourage customers to pay for your products and services digitally to mitigate the risks of security and increased charges. Then, deploy the latest automated payments solutions. These provide the highest levels of mobile and online security while creating an engaging customer experience at the same time.

It might sound obvious but make time for the basics. Taking the time and aforethought to explain to customers exactly what they should expect to see on their bank statement will go a long way to building customer confidence and loyalty.

3. Keep it clear and simple

Can customers trust you? When customers receive a bank statement, is it obvious that it is from your company and not from an unknown fraudster? Check what appears on bank statements reflects your brand and clearly states your website address and contact telephone number for customer services.

Make life easy for customers and they’ll make life easier for you. Most chargebacks are “friendly” i.e. people just forget about the transaction and the name doesn’t ring a bell and they query it. The problem for the merchant is that damage is done via the fines and charges they incur. If customers trust you, they are less likely to query a transaction and this means fewer chargebacks.

As they say, prevention is better than cure. Communicate clearly with customers, encourage them to pay online and tap into the latest digital engagement technology to nip those pesky chargebacks in the bud. Go on, what are you waiting for?